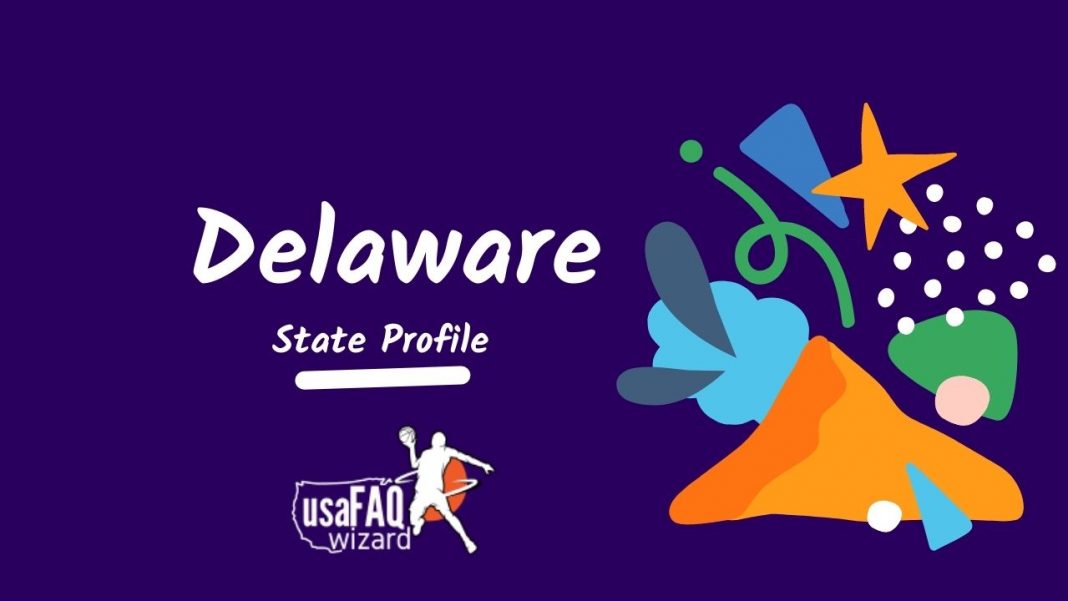 In this article, we’ll share with you some quick information about Delaware State, the 7th state on the list of US states in alphabetical order.

Delaware was discovered in 1609 by Henry Hudson, who was sailing under the Dutch flag. Capt. Samuel Argall of Virginia called it Delaware after his colony’s governor, Thomas West, Baron De La Warr, the following year.

The area was taken over by England in 1664, and in 1682, it was handed to William Penn as the lower Three Counties.

After becoming semi-autonomous in 1704, Delaware state participated in the American Revolution as a distinct state and was the first state to ratify the Constitution in 1787.

Related: List of all USA presidents and their years in office

Related: All US State Nicknames

Delaware is famous for the following foods:

A Summary of Delaware State

Delaware, a small Mid-Atlantic US state, is situated on a peninsula surrounding the Atlantic Ocean, Delaware River, and Delaware Bay and is surrounded by dune-backed beaches.

With an average elevation of only 60 feet, Delaware is the lowest state in the United States. Isn’t that cool to know?