HomeWorldList of All Countries In the World
World 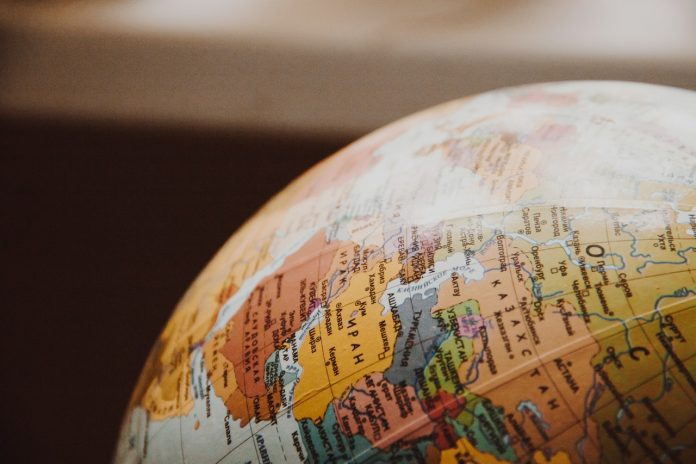 We bring to you the alphabetical list of all countries in the world. Yes, 195 countries names, their population, land area, and more.

If you have ever asked the questions; “how many questions are in the world?”, then you’re not only the cute angel curious about the names of all the countries.

No worries though, you’ve landed on the right page, and on this blog, you’ll also find the world map with the nations represented by their flags.

You may also be curious about the United States as well, so we’ve written about all the 50 US states in alphabetical order and their capitals.

What exactly is a country?

Before giving the list of all countries in the world, how about a quick definition of what a country really is?

There are several variety of definitions of what constitutes a “country” or a “state.” Certainly, when we talk about a country being independent and autonomous, we are referring to its political and economic status. However, this is not a definition that is universally applicable.

According to Wikipedia: in political geography, a country is a geographical region that has been identified as a distinct entity.

As a sovereign state or as a component of a larger state, a country may exist as a non-sovereign or formerly sovereign political division, or as a geographical region containing groups of previously independent or differently associated people with distinct political characteristics.

It is therefore necessary to first develop a regulatory framework that defines these “territories” and categorizes them in a manner that is independent of political or international interests.

Even the United Nations does not recognize or reject a state on a unanimous basis. However, each member state has the authority to make this decision for itself.

On Worlddata.info, a country is defined as follows in order to prevent subjective political decisions from being made: Basically, anything with an ISO 3166-1 country code is considered to be a “country” in this context.

How Many Countries Are There In the World List?

Since the independence of South Sudan on 9 July 2011, there are now 195 independent countries or sovereign nations in the world (excluding the disputed but de facto independent Taiwan), as well as approximately 60 dependent areas and several disputed territories, such as Kosovo.

The United Nations is comprised of 193 sovereign states, each of which has an equal number of representatives in the UN General Assembly.

The Holy See and the State of Palestine are the only non-member countries that have permanent observer status at the United Nations.

Where are these countries located in the 7 continents around the world? You should check out the 7 world continents and oceans map for more details.

On this list of all countries in the world, the countries are:

In the following table, the list of all countries in the world are ranked by population, with current population, and land area shown for each of the countries:

Related: The top 50 richest countries in the world

Not included on list of all countries in the world with a total count of 195 are:

Countries In Asia and Their Capitals

Countries In Europe And Their Capitals

Countries In North America And Their Capitals

There are 23 countries in North America:

Countries In South America And Their Capitals

There are 12 independent countries located in South America.

In South America, only Brazil makes the list of the top 10 most populated countries in the world.

There are 14 sovereign countries in Oceania as listed below:

Is Kosovo a Country or Not?

Since Kosovo’s declaration of independence from Serbia on February 17, 2008, the international community has acknowledged the country.

What Is the United Nations?

The United Nations is an intergovernmental organization with the mission of maintaining international peace and security, fostering friendly relations among nations, achieving international cooperation, and serving as a focal point for harmonizing the actions of countries around the world.

More information can be found at United Nations website.

Is France considered a country?

France, which is located in Western Europe, is one of the world’s oldest countries, and its influence can be felt all over the world through science, politics, economics, and, perhaps most importantly, culture.

Since its founding in the Middle Ages, France has progressed from kingdom to empire to republic and finally back to a republic.

Which country has the highest level of education?

According to the Organization for Economic Cooperation and Development (OECD) data, Canada is the most educated country in the world, with 56.71 percent of adults meeting the OECD criteria.

Japan has the second-highest percentage of 51.44 percent, followed by Israel, which has 50.92 percent of the population.

There you have it, all the countries in the world. So, what did you think? Let’s have your comments in the section provided below.