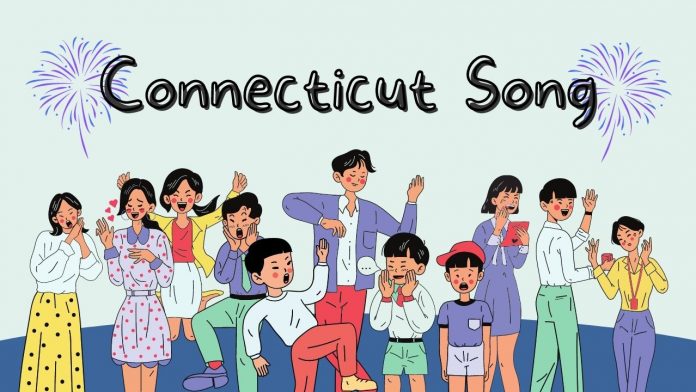 In this quick post, we’ll share with you some information about the official state song of Connecticut and its lyrics.

Connecticut is the southernmost state in the northeastern United States New England region.

It has the highest per-capita income, Human Development Index (0.962), and median household income in the United States, according to the 2010 Census.

It is bordered on the east by Rhode Island, on the north by Massachusetts, on the west by New York, and on the south by Long Island Sound. Hartford is the state capital, and Bridgeport is the most populated city.

Most sources classify it as part of New England, while huge swaths of it are frequently lumped together with New York and New Jersey as the tri-state area.

The Connecticut River, which runs through the state, is named for it. The word “Connecticut” is derived from a Mohegan-Pequot word meaning “long tidal river” in various anglicized spellings.

Check out more interesting facts about Connecticut in this post.

Did you know that there are two official state songs of Connecticut? They are; “Yankee Doodle” and “Beautiful Connecticut Waltz”.

We’ll give you quick information about the two state songs in this post.

Yankee Doodle went to town,
Riding on a pony,
Stuck a feather in his hat,
And called it macaroni.

Connecticut adopted “Beautiful Connecticut Waltz” by Joseph Leggo of Newington as an official state song in 2013.

Beautiful Connecticut Waltz.
Play it over again.
Your rivers and streams
Flow-through my dreams.
I’m hoping it never would end.

From Hartford to New Haven,
I’ve kept on savin’
All of my dances for you.

Beautiful Connecticut Waltz,
As cool as a mid-summer breeze.
The birds sing their song
As we dance along.
Together forever we’ll be.

From Hartford to New Haven,
I’ve kept on savin’
All my dances for you.

Beautiful Connecticut Waltz.
The birds sing their song
As we dance along.
Together forever we’ll be.

From Hartford to New Haven,
I’ll keep on savin’
All of my dances for you.

Listen to the song and lyrics

History of Beautiful Connecticut Waltz as the Second State Song

The “Beautiful Connecticut Waltz,” first proposed as the official state waltz in 2011, under House Bill No. 5880, failed to gain traction in the Connecticut General Assembly.

On January 24, 2011, the measure was introduced by State Representative Sandy H. Nafis of the 27th District and forwarded to the Joint Committee on Government Administration and Elections, where it was never seen again.

Despite the fact that House Bill No. 5290 looked to move nowhere in the Joint Committee on Government Administration and Elections, it did have a public hearing on February 22, 2013. We assumed the proposition would not be made again.

However, on April 4, 2013, the Joint Committee on Government Administration and Elections adopted Substitute House Bill No. 6671, which included a provision designating “Beautiful Connecticut Waltz” as Connecticut’s second official state song.

The section naming the polka as the official state dance was removed by a House amendment on April 24.

On May 30, 2013, the House passed an altered version of Substitute House Bill No. 6671, which included the naming of a second state song and a state polka.