HomeWorldTop 10 Most Populated Countries In The World 2022
World 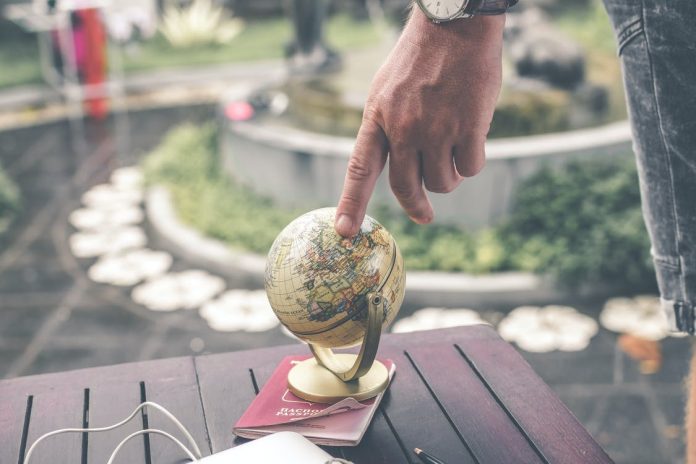 Which are the top 10 most populated countries in the world today, as of 2022? In this comprehensive article, you’ll find answers.

A country’s population is more than a simple indication of how many children its people are having.

It is a complex indicator that can predict economic productivity, availability of resources, successful governance, and quality of life. Population is intricately intertwined with climate change on a global scale.

Countries with large populations may experience unique challenges such as a lack of housing, difficulties managing waste, and a lack of employment opportunities.

Does countries with the largest population necessarily take the top spot on the list of the top 50 richest countries in the world? Check that out.

On the other hand, countries with large populations have massive potential labor forces, which can drive economic production if managed strategically and efficiently.

With that, let’s look at the 10 most populated countries in the world, exploring how they got there and what issues they face.

The Top 10 Most Populated Countries In The World

The Central American country of Mexico, home to 131.5 million people, is the tenth most populated country in the world.

Mexico’s current birth rate is 17 per 1,000 people, with a steady population growth rate of 1.1% per year— a whopping 1.46 million people per year.

In 1947, Mexican population policies were encouraging population growth. But by the 1960’s, concerns about overpopulation began to arise and privately funded family planning efforts were implemented.

In 1972, the previously pro-natal government announced the first official nationwide government-sponsored family planning program with ambitious goals to reduce the growth rate to 2.5% over 10 years.

Mexico is a country in North America, you should check out the 7 world continents and oceans map for more details.

By 1990, Mexico was a successful model for how developing countries can successfully introduce population control strategies.

Today, over a quarter of Mexico’s population— 32.8 million— are dependents aged 0 to 14 years, but this does not guarantee that the country will have a substantial young workforce down the line.

Due to continuously decreasing birth rates, Mexico’s population is ironically predicted to fall below the replacement rate in as soon as 4 years from now.

While 710,00 also returned during this period, the entire emigration and return process can last years.

Furthermore, Mexico’s population structure has evolved because of increased life expectancy. The number of elderly dependents is projected to rise, further increasing the demand for a larger adult population able to provide for dependents.

Despite its massive population, Russia has been going through a record-extending extended period of peacetime population decline since the 1990s.

Today, Russia’s birth rate is significantly lower than the death rate- partly exacerbated by the covid-19 pandemic but also due to a growing unwillingness to start families due to economic and social hardship and resulting in a negative growth rate of -7.2% in 2021.

Russian President Vladimir Putin has reported that he feels “haunted” by the steady decline in Russia’s population growth and addressing the population crisis is a key agenda item of the Kremlin’s regime.

Bangladesh’s population is spread across a mere 147,570 km2, making it one of the most densely populated countries in the world as well with a population density of 1265 per km2.

Bangladesh’s giant population is driven by several factors including cultural tradition— historically infant mortality was high and so couples tended to have several children with the expectation that a number would die in infancy.

In addition, children are of extreme value socially. Socially and religiously, contraception is rejected, and early marriage and polygamy are accepted especially in rural areas where access to education is sparse.

However, life expectancy in Bangladesh has risen drastically since 1971, from 46.9 years to 73.3 years today. Although people have fewer children, more children are surviving.

The negative impacts of overpopulation are severe in Bangladesh. With a GDP of only USD 324.24 billion and a GDP per capita of USD 1,625, Bangladesh cannot afford the infrastructure and basic civil services needed to provide an adequate quality of life for its 167.8 million residents.

In Bangladesh’s major cities, proper housing and land is scarce, resulting in the development of massive unregulated and poorly serviced slums.

Traffic in Bangladesh’s capital, Dhaka, can only be described as horrific and it is common for people to travel on top of buses and trains due to a lack of space inside.

Despite this, Dhaka is the fastest growing city and most densely populated city in the world, with a population density of 36,941 people per km2.

Brazil’s population is around 215.3 million, making it the seventh country as one of the most populated countries in the world.

Fortunately for Brazil, the majority of the growth was amongst the working-age demographic, resulting in a decrease in dependency rates and improving Brazil’s productivity, accelerating it from low-income to an emerging middle to a high-income economy.

Factors contributing to lower fertility rates include increased urbanization, education, and changing cultural values around family and the single lifestyle portrayed in Brazilian media and entertainment.

Although Brazil is the fifth largest country in the world in terms of surface area, almost half of the country’s population resides in northeast and southeast Brazil, especially in coastal regions, and thus several Brazilians experience the challenges of Brazil’s large population daily.

Brazil’s most densely populated city, São Paulo, is the twelfth most populated in the world with a population density of 7,216 people per km2.

All these factors have contributed to Nigeria’s alarming growth rate, which currently stands at 2.57% per year. Overall, the country’s population more than quadrupled in size in the last 60 years.

Demographers have predicted that if Nigeria fails to curb its stratospheric population growth, it may have the third-largest population in the world by 2050 and surpass China by 2100.

The Nigerian government is not indifferent to Nigeria’s impending population catastrophe.

In February, the Nigerian president in Abuja launched the Revised National Policy on Population for Sustainable Development, which will implement urgent measures to ensure the country achieves rapid fertility control through family planning, education, and improved standards of living.

Pakistan is one of the most populated countries in the world and has a population of over 229.4 million people.

The current birth rate in Pakistan is 26.5 per 1,000 people which is 3.3 births per woman. Although Pakistan’s birth rate has been declining since 1988, the rate has been incredibly slow, and its population is still projected to grow to around 300 million people by 2050.

Overpopulation has extreme consequences for Pakistan, where about 24% of the population live in poverty.

While 62.8% of Pakistan’s population live in rural areas, a large portion lives in urban areas where adequate housing, water, and waste management are just a few of the growing challenges.

Pakistan’s most populated city, Karachi, has skyrocketed in population in just a few decades. Today, it has a population density of over 24,000 people per km2.

Indonesia is the fourth on this list as one of the most populated countries in the world, with a population of 279.1 million and a population density of 151 people per km2.

Demographically, there is a huge number of women in Indonesia of childbearing age, such that efforts to curb further population increase will not have any notable impacts for decades to come.

On the bright side, Indonesia is transitioning into a wealthier nation and thus there may be an increase in employment and innovation opportunities for its budding young population.

The United States is the third country on the list of the top 10 most populated countries in the world.

As one of the largest countries in the world in terms of total surface area, the United States population density is lower than other countries on the list (36 people per km2).

Population growth is driven by both high fertility rates— currently 56 births per 1,000— and high rates of immigration.

As a result, the timeline to start a family has simply been shifted back a few years— not erased— to accommodate the growing numbers of childbearing age women in the workforce.

Views on family planning vary from region to region in the United States. In the southern states, sex education is often outlawed in schools, and family planning uptake is generally lower.

India takes the second spot on the list of the most populated countries in the world.

With a total population of over 1.406 billion— over 4 times the population of the United States— India barely escapes the number one spot, coming in as a close second.

Population control and family planning have been urgent agendas of the Indian government for several decades.

And though at times the Indian government infringed on the rights of citizens— using methods such as forced sterilization and unethical incentives for sterilization in the 1970s— the country made huge strides overall, tripling the use of contraception among married women between 1965 and 2009.

The number one most populated country in the world is China with an overall population of 1.448 billion people.

China has been battling overpopulation for nearly 70 years. In 1949, when the Communist Party of China came into power, China’s population was 540 million with a fertility rate of around 5 children per woman.

Concerned by the impending challenges of a rapidly growing population, the Communist Party of China ramped up support for mass birth control campaigns in 1956, although the campaigns did not impact China’s birth rate.

By 1980, China’s population had reached a whopping 981.2 million. In a vigorous effort to slow population growth, China implemented the infamous One Child Policy— a strict rule that restricted couples to one child, and in some circumstances, two, if, for example, the couple lived in a rural area and the first child was a daughter.

The One-Child Policy lasted from 1980 to 2016 and was officially added to the Chinese constitution in 1982.

Summary of the Most Populated Countries In the World

With the world’s population nearing a total of 8 billion people, , poppulation growth or decline is a pheneomenon that is experienced in each country based on unique factors.

As China takes the lead despite the one-child policy put in place, its difficult to predict what could happen in the nearest future.

There you have it, the list of the top 10 most populated countries in the world today.

Where are you reading from? Let’s have your comment in the box below.

The 7 World Continents and Oceans Map