The Official Colorado Song – Where The Columbines Grow 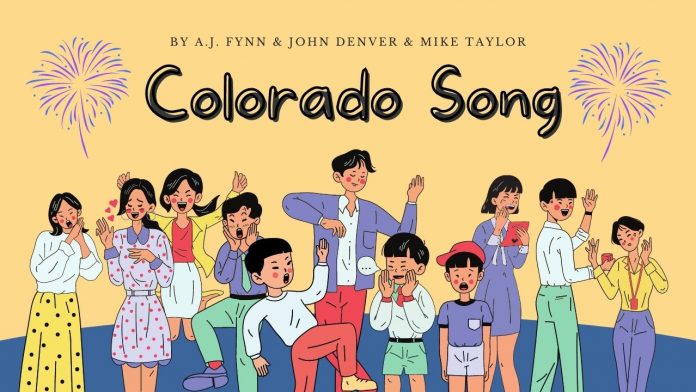 What is the official Colorado Song? Want information about the lyrics as well? We’ll present the information in this post.

There are two official Colorado state songs: “Where the Columbines Grow,” by A.J. Fynn, adopted 1915, and “Rocky Mountain High,” adopted 2007.

Colorado is a western United States state with a diversified terrain of arid desert, river canyons, and the snow-covered Rocky Mountains, which are partially protected by Rocky Mountain National Park.

Mesa Verde National Park, on the other hand, is home to Ancestral Puebloan cliff houses. Denver, Colorado’s capitol and largest city, is perched a mile above sea level and boasts a thriving downtown region.

Which is the first official song of Colorado state? It is “Where the Columbines Grow” by A.J Fynn, 1915.

A.J. Fynn wrote the words for the song and composed the music, and dedicated the song to the Colorado pioneers.

As Fynn traveled by horse and wagon to visit Indian tribes in the San Luis Valley in 1896, the inspiration to write it came after coming across a beautiful Colorado mountain meadow covered with columbines.

Sheet music may be ordered through retail music stores and is not available from the State of Colorado.

Below is the lyrics of the first official Colorado Song.

Verse One
Where the snowy peaks gleam in the moonlight, Above the dark forests of pine, And the wild foaming waters dash onward, Toward lands where the tropic stars shine; Where the scream of the bold mountain eagle Responds to the notes of the dove Is the purple-robed West, the land that is best, The pioneer land that we love.

Verse Two
The bison is gone from the upland, The deer from the canyon has fled, The home of the wolf is deserted, The antelope moans for his dead, The war-whoop re-echoes no longer, The Indian’s only a name, And the nymphs of the grove in their loneliness rove, But the columbine blooms just the same.

Verse Three
Let the violet brighten the brookside, In the sunlight of earlier spring, Let the fair clover bedeck the green meadow, In days when the orioles sing, Let the goldenrod herald the autumn, But, under the midsummer sky, In its fair Western home, may the columbine bloom Till our great mountain rivers run dry.

Following the song’s release in 1973, there was some backlash from those who believed it encouraged drug use. In response, Denver said in 1985 that these people had clearly never seen the grandeur and wonder of the Rocky Mountains.

Below is the lyrics of the second official Colorado song

Verse One
He was born in the summer of his 27th year, coming home to a place he’d never been before. He left yesterday behind him you might say he was born again, might say he found a key for every door. When he first came to the mountains His life was far away on the road and hanging by a song. But the string’s already broken and he doesn’t really care, it keeps changin’ fast, and it don’t last for long.

Related: The official state song of Florida – the Swanee River

Verse Two
He climbed cathedral mountains, he saw silver clouds below, saw everything as far as you can see. And they say that he got crazy once and that he tried to touch the sun, and he lost a friend but kept the memory. Now he walks in quiet solitude, the forest, and the stream, seeking grace in every step he takes, his sight is turned inside himself, to try and understand, the serenity of a clear blue mountain lake.

Verse Three
Now his life is full of wonder, but his heart still knows some fear, of the simple things he can not comprehend. Why they try to tear the mountains down to bring in a couple more. More people, more scars upon the land.

Isn’t it cool that Colorado has two official state songs? What did you think of the adoption of Rocky Mountain High as the second and possible reason behind it?