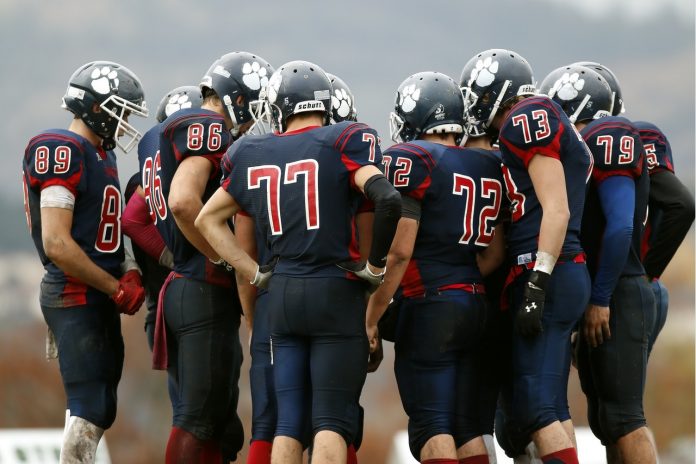 The National Football League is the top professional league in the United States for American football and, subsequently, the highest standard of the sport in the world, amassing millions of fans both at home and abroad.

Whilst team performance undoubtedly has a significant effect on supporters’ moods, have you ever wondered how results might affect their eating habits?

A new report from Bookmakers.com reveals how the on-field performances of all current NFL teams have influenced fans’ calorie consumption.

Through the utilization of findings from Cornil and Chandon’s (20131) academic paper, ‘From Fan to Fat’, Bookmakers.com has highlighted the NFL’s biggest comfort eaters.

To understand the data, the average adult in America eats around 3,6002 calories a day. Using NY Jets as an example, this means each fan, over the course of the last five years, has consumed on average 349,200 during NFL game days (97 games played x 3,600 calories each day).

This number (349,200kcal) acts as the comparison point for revealing the calorie change and percentage change for the team – an example of the working can be found in the methodology below.

The Jets are at the Top of the Table!

With the research suggesting that fans are more likely to overeat when their team loses (10% increase), it’s not good news for NY Jets and Jacksonville Jaguars fans.

With some of the worst records in the NFL, both sets of fans were likely consuming more game day calories than any other team – over 5.5% more than the national average, in fact.

This equates to around 19,000 additional calories over the course of the last few seasons.

The research also reveals that fans are inclined to cut out calories by 5% after their team wins. This means Kansas City fans experienced the healthiest game day calorie count.

Thanks to an impressive record over the last five years, Kansas City fans, on average, have each eaten 3.960 (-1.1%) fewer calories than the typical American.

The table below shows each NFL team in order of greatest calorie % change vs. average:

Further information and the results of other leagues around the world can be found onsite here: https://bookmakers.com/news/matchday-calories-the-biggest-comfort-eaters-in-sport

For this campaign, we looked to identify which sports fans have consumed the most additional calories based on their team’s performances over the last five years.

To figure this out, findings from Cornil and Chandon’s (2013) academic paper ‘From Fat to Fan’ were utilized. The study concludes that, after a loss, fans ate 10% more calories than usual.

However, after a win, fans consumed 5% fewer calories. Based on these findings, win/loss records for each team were acquired from the last five years and the below calculations were made.

To establish each fanbase’s calorie consumption in relation to the average person, we first determined the average daily calorie intake of a typical adult: 3,600kcals a day. This figure was then multiplied by the number of games played over the last five years, to reveal ‘Average Game Day Calories’.

For example, the NY Jets

Understanding that losing = a 10% increase (3,960kcals) and winning = a 5% decrease (3,420kcals) in calorie consumption, the number of wins and losses per team were multiplied by these figures and combined, to reveal the total calories consumed by the average fan of that particular team.

For example, the NY Jets

UsaFAQwizardhttps://usafaqwizard.com
This is UsaFAQwizard.com - a travel and education blog dedicated to providing you with educative travel guides, tips, and information about places like the US states, maps, countries of the world, colleges, and more.
RELATED ARTICLES
The Pitch

The Best Ideas to Celebrate Your Engagement

Is It Profitable To Play Online Casino Games?