HomeWorldTop 10 Largest Countries In The World By Area 2022
World 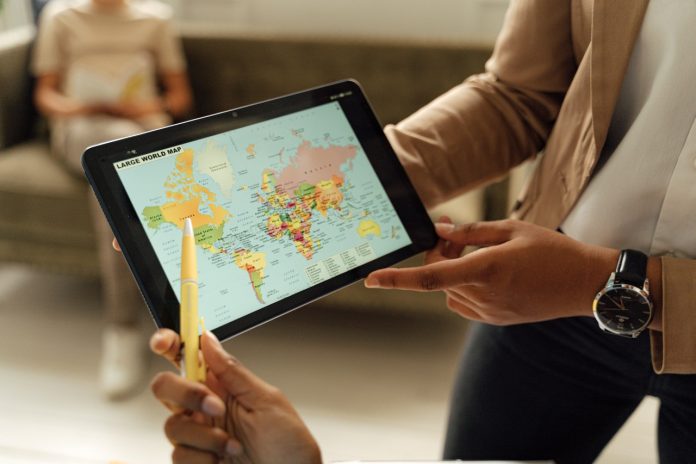 Hey buddy, we present the top 10 largest countries in the world by area in 2022.

The planet Earth is inconceivably vast. The total surface area measures a whopping 510 million km2. 71% of the earth’s surface area is made up of seas and oceans, while the remaining 29%— 148.9 million km²— consists of the continents and islands that we call home.

While 148.9 million km² may seem like an enormous amount of land, the territory is not divided equally among the 7.9 billion individuals that inhabit this planet nor between the 195 countries in the world, that make up our society.

Land ownership and the drawing of borders is a complex and ancient practice that has been around as long as the oldest civilizations. Typically, as global conflicts, conquests, and allegiances arise and evolve, land ownership changes as well.

Let’s find out exactly which are the largest countries in the world by area.

Algeria is situated on the northernmost coast of Africa with a 1,622 km coastline with the Mediterranean Sea.

Algeria’s borders were created during the historic “scramble for Africa”— a period that lasted from 1881 to 1914 were major European powers claimed, divided, and colonized much of mainland Africa and its islands.

During this time, France drew up a formal boundary to highlight the territory of their colony, French Algeria — modern-day Algeria.

Technically, there are about 0.05km2 of land for each Algerian, that is about 7 soccer fields per person. However, Algeria’s population is not equally spread throughout the country.

The official population density is 18 people per km2, but the vast majority of the population lives in northern Algeria, surrounding the Mediterranean coast. These districts are the most densely populated, with average densities exceeding 200 people per km2.

Population density in these areas plummets down to zero. Unfortunately, 80% of Algeria is desert, rendering most of its vast land mass uninhabitable.

Kazakhstan is a unique country in the sense that it spans over two continents — Europe and Asia. With a total surface area of 2,724,900 km2 of which only 25,200 km2 is water, Kazakhstan is one of the largest countries in the world by area.

Kazakhstan is bordered by Turkmenistan, Uzbekistan, Kyrgyzstan, China, and most importantly, Russia, with whom it shares a 7,644-kilometer border (the longest border in the world).

Kazakhstan was once part of the Soviet Union. Kazakhstan borders were drawn up during National Territorial Delimitation, during which communists divided Central Asia into republics based on ethnicity.

Following the disbandment of the Soviet Union, Kazakhstan became recognized as a sovereign nation, but borders were not officially demarcated until the end of 2009 after years of negotiation with Russia.

Today, Kazakhstan has a population of 19 million and overall, one of the lowest population densities in the world at 7 people per km2.

When you look at a map of South America, you will notice that one country dominates the southern half— Argentina, the eighth country on the list of the top 10 largest countries in the world by area.

With a total surface area of 2,780,400 km², Argentina leaves barely a slither for its neighbor Chile with whom it shares a 5, 308km border.

Ninety-eight percent of Argentina’s surface area is land, however with a total Atlantic coastline spanning 4, 700km, Argentina has no shortage of access to water.

With an overall population density of 17 people per km2, Argentina may appear quite spacious. However, most of the country’s 45.9 million population resides in the northern region.

The most densely populated province in the northern region is Buenos Aires province. The southern part of Argentina which consists of the Andes to the west and deserts and dry flat top mountains to the east— also known as Patagonia— is the most sparsely populated area.

India is known for its diverse geography— beaches are just as abundant as snowcapped mountains.

Related: The Top 10 Richest states in India by GDP

This is no surprise considering that India is the third largest country in Asia and ranks as the seventh on the top list of the largest countries in the world by area, with a total surface area measuring a whopping 3,287,263km² and covering 2.21% of the earth’s surface area.

With a southern tip that stretches all the way into the Indian Ocean and a northern tip that extends into the expansive Himalaya Mountain range, India is so large that the climate varies drastically from north to south.

Furthermore, the country spans over multiple geographical time zones as is common with countries this large, although officially India only uses one of the time zones.

With a total surface area of 7,741,220 km², Australia is one of the largest countries in the world by area— thirty-two times the size of England and so large that it takes up an entire continent on its own.

Ninety-eight percent of Australia is land area, but as the single occupier of mainland Australia continent, Australia has exclusive access to its surrounding seas and oceans.

Even though Australia has enough space for its 26,042,818 residents to have around 0.1km2 of land each, Australia’s geography is extremely diverse, with several inhabitable areas, from the harsh arid outback deserts that occupy a third of its area to the icy mountain ranges in the east.

Virtually no one lives in the inner regions of the country as naturally, most people congregate along Australia’s coastline.

Brazil does everything big— it throws the largest carnival on earth, and it has one of the biggest populations on earth.

Brazil’s total surface area measures 8,515,770 km², occupying the majority of South America’s northeast region and spanning over four different time zones. Only 0.66% of Brazil’s area is water, but the country has a staggering 7,491 km of coast line.

Brazil’s landscape is incredibly varied, as is expected for a country of its size. The Amazon rainforest is arguably the most iconic landscape in the country and takes up about 40% of Brazil’s total area.

Conditions in the rainforest can be harsh, with severe heat, humidity, and precipitation, such that only about 28 million of Brazil’s 215.3 million residents live there.

The United States ins next on the list of the largest countries in the world by area, with a total surface area of about 9,826,675 km2.

The United States is unique in that its total area comprises 50 states, two of which are not located on the mainland.

Alaska State is separated from the contiguous United States by Canada, and Hawaii State, one of the 50 States, is an island state in the Pacific Ocean.

While Hawaii only accounts for 0.29% of the United States’ surface area, Alaska accounts for 17.53%, making it the largest state in the country.

When the United States became independent from Great Britain in 1783 following the American Revolutionary War, the famous Treaty of Paris granted the United States an extraordinary mass of territory, allowing it to expand its territories to the west, stretching as far as the Mississippi River.

The United States is the first country on the list to have a substantial area of water — around 6.76% of its total surface area consists of water. This includes a whopping 102,500 lakes, rivers, lagoons, and more.

In addition, the United States is extremely physically diverse, with towering rocky mountain systems, steep-sided canyons, and arid deserts in central-western and southwestern United States, densely forested lake regions in the north, sprawling plains in the eastern interior, and humid swamps in the southeast coastal states.

China takes the third spot as one of the largest countries in the world by area, and the second-largest on the continent of Asia.

While this is a massive area for a single country, China’s population is the largest in the world. Subsequently, the county is quite crowded.

With a total surface area of 9,985,750 km², Canada is the second country on the list of the largest countries in the world by area.

Canada takes up about half of mainland North America and with territorial islands that spread out into the Atlantic Ocean and neighbor the northern borders of Greenland.

Physically, Canada is very diverse. When it comes to water— Canada’s territory is ideal. 8.96% of Canada’s area consists of water and it has 243,042 km of coastline, the longest stretch of coastline in the world.

Russia also has the largest water surface area in the world, with water comprising approximately 4.22% of its total surface area.

Russia is larger than the continents of Australia and Antarctica, and almost as large as the entire South American continent.

Its scale is simply gigantic. The country stretches over two continents and neighbors a total of 13 European and Asian countries.

Russia’s eastern territory begins in continental Europe and extends all the way to the eastern extreme boundary of continental Asia— a total width of 9,000 km.

Russia’s total population is 164.2 million, with a population density of 9 people per km2, although the majority (75%) live in urban areas in the west of the country as several areas in the east are uninhabitable due to extreme conditions and inaccessible terrain.

One such example is Siberia which experiences temperatures as low as 78 degrees Fahrenheit. Overall, only 20% of Russians live in the Asian part of the country, even though it comprises almost 75% of the country’s total surface area.

Traveling from Moscow, the capital of Russia, near the western border of the country, to Anadyr, one of Russia’s far east port towns takes on average 8 hours and 20 minutes by plane, about the same time as a transatlantic flight from London to New York.

Today, Russia is still engaged in territorial and ideological expansion efforts, as demonstrated by its recent invasion of Ukraine, a former Soviet Union territory. It is therefore entirely possible that Russia’s territory can change again in the future.

Related: Top 10 Most populated countries in the world

Summary of the Largest Countries In the World By Area

There you have it— the top 10 largest countries in the world by land size. As we mentioned, countries’ sizes and territorial boundaries are always subject to change.

While these are the biggest countries in the world in 2022, who knows what changes the next 2 years, 5 years, or 10 years will bring.

What did you think? Would you share some facts about your country in the comment box if its listed in here?