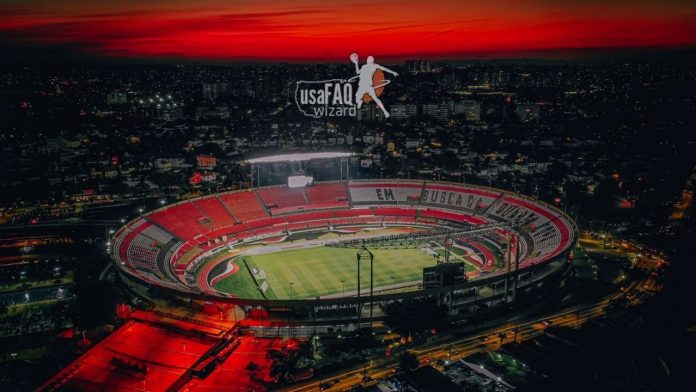 GOAL!!! Yeah, you read that right. I can’t wait to reveal the top 10 biggest stadiums in USA in this list.

Hold up, I wanted to let you know that if there was a time machine to take us back in time before we had very large football stadiums, we would see with our eyes how the “Cuju” started in China, where players kicked the ball into a net.

We definitely would not miss out on cheering the team we were supporting at the pasuckuakohowog game of the Algonquians.

Well, history still cannot give us a specific trace of where football first started but it tells of how it all started with the stadium of Olympia in Greece.

Football, a game loved by many, overlooking races and colors of skin has over 250 million people playing it in over 200 countries. If you love Basketball, another lovely sport, check out the top 20 richest NBA teams in the world right now.

Now, I present to you the ranking of the space where this game is played and watched and cheered by its spectators, the biggest football stadiums in USA.

Michigan Stadium, popularly known as the “big house”, is currently the biggest stadium in USA. It was built for the University of Michigan of Ann Arbor in the year 1927.

Well, once upon a time, whenever Michigan wanted to play a game, they had to visit Ferry Field, which had a seating capacity of 46, 000.

This was a small space and so expansions were made but it just was not bending in the direction wanted as there was so much the Ferry Field could take seeing as it was meant to be a homely cottage.

Fielding Yost saw this and persuaded the board of regents earnestly to build a stadium after the Yale Bowl. The completed new stadium had a capacity of 72, 000. Then temporary bleachers were added to the top of the stadium, and this increased its capacity by 10,000.

Today, Michigan, of all 50 US states, has the biggest stadium. In the year 1930, Michigan Stadium was the first stadium in the United States to use electronic scoreboards to keep official game time. Fast forward to the year 1956, and Michigan was basting a 101, 000 capacity.

The 2nd on the list of the biggest football stadiums in USA is named after the late James A. Beaver, former governor of Pennsylvania.

School sports activities started on an old main lawn in front of a primary classroom. The beacon of hope came with the presence of Beaver Field which had 500 seat capacity.

This was a morale booster for the football team and was evident in their victory over the present university of Pittsburg in year 1893.

Wow, this motivated for an expansion and not long after a new beaver field was opened in year 1909. Now the numbers of spectators kept increasing and you could expect that because the team was winning, as who wants to watch failure?

In 2016, Beaver Stadium was voted the number-one football stadium in college football in a USA Today poll, garnering over 41 percent of the vote.

It is the first stadium to have its interior included in Google Street View. Whenever you visit the beaver stadium situated at the same address as the campus of Pennsylvania State University, be sure to respond “Penn State” to the chant call of “we are”.

The house that Harley built-in 1921 is located on the campus of Ohio State University in Columbus, Ohio.

The stadium was built as a replacement for Ohio Field with an initial capacity of 66, 210. It saw expansion four times before becoming the 3rd biggest football stadium in USA with a 102, 780 seat capacity.

It is also the 3rd largest campus football stadium in the united states.

Proudly housing the football team of Texas A & M University on the school grounds in College Station, Texas; since 1927.

This stadium started off as a grandstand bought by Edwin Jackson Kyle with his hard-earned $650, furnished with wooden bleachers that could hold 500 people.

The Texas A & M board of directors that had rejected his proposal earlier, decided to make this grandstand a permanent athletic field. The students clamored for the spot to be named ”Kyle Field” after the founder.

Though the stadium has been upgraded with better structures and increased seat capacity through renovation, the Texas A & M Board of Regents still applauds Kyle’s initiative and officially named the stadium “Kyle Field” in the year 1956.

On May 1, 2013, after much conviction from the physical evidence of success and turnout, the Texas A & M board of regents, for the first time, approved a $485 million project to renovate Kyle’s field.

This renovation made the stadium the largest football stadium in Texas with a capacity of 102, 733.

It is also the 6th largest non-racing stadium in the world and undefeated the largest stadium in Texas.

Initially, the Tennessee Volunteers football team had to go to Baldwin Park to play football until they met Wait Field and their loyalties changed.

Then came the year 1919, the president of Knoxville’s city national bank; Col. W. S. Shields, and a University of Tennessee trustee took out some cash from their wallet to fund the building of a sports stadium in the school.

This act earned them the honor of the field being named after them: Shields – Watkins Field.

Unfortunately, the wallet did not have money to dispense any longer and this halted the building of the stadium until the students and faculty completed it in year 1921.

In year 1962, the field was renamed Neyland Stadium after the former athletic director and coach who made the Tennessee volunteers football team a force to reckon with in the football game.

Related: Top 20 Richest NBA players and their net worth

Tiger Stadium has been home to the Louisiana State University Tigers football team since 1924.

It ranks as 6th on the list of the top 10 biggest football stadiums in USA, and is the 8th largest stadium in the world.

L. Theo Bellmon woke up one morning in the year 1923 and met with 30 student leaders to accompany him to the conference meeting with the board of regents.

Theo proposal was approved by the board and supported by the students and alumni of the school with money, hence, the commencement of the building of a concrete stadium in place of the wooden bleachers of Clarks field.

The following year, a stadium of 27, 000 capacity had been erected. The stadium was later named Darrell Stadium after the late University of Texas honored legendary football coach, Darrell K Royal.

It has been expanded 8 times after its completion and has a current capacity of 100, 119 earning it the award of 9th largest stadium in the world.

Bryant Denny Stadium is next on the list of the biggest football stadiums in USA. This is the stadium located on the campus of the famous University of Alabama, Tuscaloosa.

The 93-year-old stadium was formerly called Denny Stadium as an homage to George H. Denny, the school president in the year 1912.

Year 1975, the stadium was called Bryant–Denny Stadium in honor of the longtime head coach and alumnus, Paul “Bear” Bryant.

It is the 8th biggest football stadium in USA.

This is the 10th largest stadium in the National Collegiate Athletic Association and the 9th biggest football stadium in USA.

The 17th largest stadium in the world is named after Dr. Steadman Vincent Sanford and is an on-campus playing venue for football.

It is located at the University of Georgia in Athens, Georgia, USA. It is mostly referred to as the most beautiful on-campus stadium and has a natural grass surface as its playing surface.

This is an outdoor stadium in Dallas, Texas. It was initially opened as Fair Park Stadium in the year 1930.

The stadium is currently named after the annual college bowl game called the Cotton Bowl Classic.

This stadium, the 10th biggest football stadium in the USA, hosted 6 matches of the 1994 FIFA World Cup.

Here is the list of the biggest football stadiums in the USA, with their capacity that would most likely increase with the ever-increasing world population.

UsaFAQwizardhttps://usafaqwizard.com
This is UsaFAQwizard.com - a travel and education blog dedicated to providing you with educative travel guides, tips, and information about places like the US states, maps, countries of the world, colleges, and more.
RELATED ARTICLES
Travel

12 Awesome Ideas to Prepare Before Traveling With Kids

Top 10 Cheapest Places to Live in the United States 2022

Everything to Know When Moving to Spain