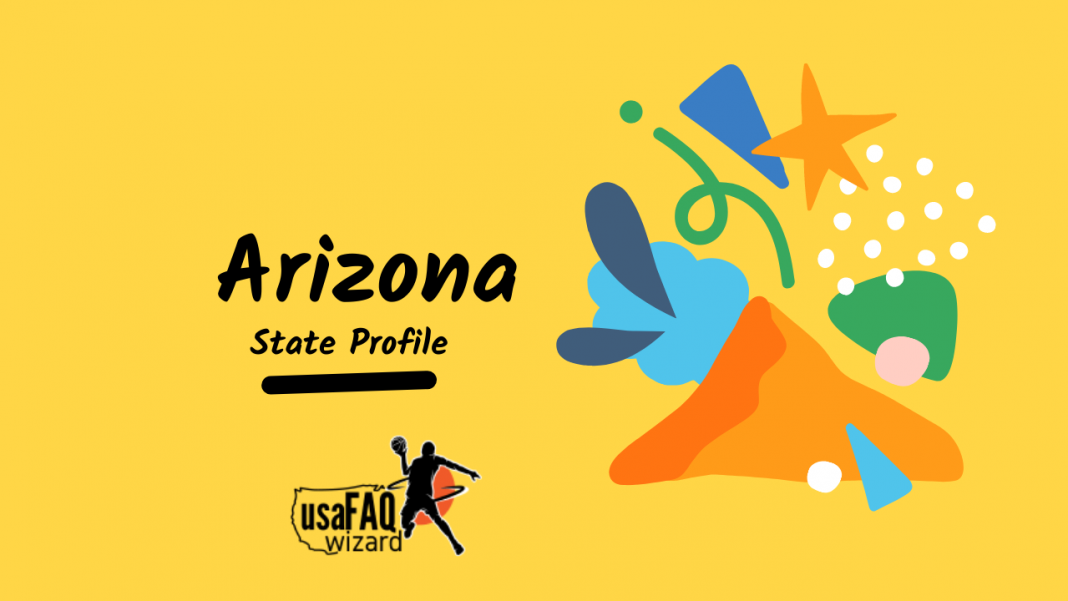 This page contains a wealth of information on Arizona state, the third state on the list of all US states in alphabetical order.

Related: Full list of all presidents of the United States

Also Read: Map of USA – All you need to know

Because of migration into the state, Arizona’s population and economy have risen considerably since the 1950s, and the state is now a major Sun Belt hub. Large, vast suburban areas have sprung up around cities like Phoenix and Tucson.

The population of Arizona is diverse. About a fifth of the state is made up of Indian reservations, which are home to 27 federally recognized Native American tribes, including the Navajo Nation, which has a population of over 300,000 people and is the largest in the state and the United States.